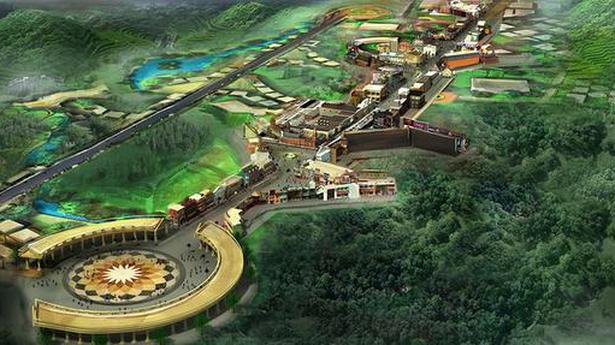 Uttar Pradesh Chief Minister Yogi Adityanath’s decision to create the country’s “biggest and most beautiful film city” in Gautam Buddh Nagar has evoked mixed response from the stakeholders. While some remember the unfulfilled promises of the existing Film City in Noida, others say if handled well, it could usher in the democratisation of filmmaking space in the country.

Old timers say it is a delayed response as the government’s Film Policy of 2018 promoted by providing land and help build the infrastructure. They recall how the attempts of the Samajwadi Party government to establish film cities along the Lucknow-Agra Expressway failed in 2015. They also remind how the existing Film City in Sector 16A of Noida could not fulfil the purpose it was created for in 1988 by the then CM Vir Bahadur Singh.

Spread over 100 acres, among the original allottees were big names like Yash Chopra, T.L.V. Prasad, A. Poorna Chandra Rao, F.C. Mehra, Vinod Pande and Tutu Sharma. “They got the land at throwaway prices but sold it due to lack of film culture and absence of supporting infrastructure,” recalled Ravi Sarin, the senior-most line producers in North India. “Today the same problem is in Greater Noida,” he said.

Veteran publicist and filmmaker Harish Sharma remembered how the area would become menacing after dark. He cites Ramoji Film City in Hyderabad “which is like a one-stop-shop for filmmaking” as an example to emulate.

Welcoming the move, Delhi-based filmmaker Nila Madhab Panda said when he shifted from Odisha to Delhi in 1998, he had high hopes from Noida’s film city. “When I reached, I realised it had become a hub of news channels.”

Sandeep Marwah, one of the very few original allottees, describes it as a second phase of the existing film city. “In the early 90s, the region had no culture of filmmaking and Noida had a dubious distinction in terms of crime… Films are shot on multiple locations and filmmakers did use the facilities here… they should realise, infrastructure takes time to take shape.”

The brother-in-law of producer Boney Kapoor reminded that the CM’s dream would take at least six-seven years to materialise. “With more and more content required to feed different platforms, it is the need of the hour.”

Industry veterans remind how the Bhojpuri film industry had been making 60-70 films a year without any film city in eastern U.P. or Bihar. While Mr. Sarin agreed that more filmmakers were moving to real locations, Mr. Marwah said in the post-pandemic world, studios would become all the more relevant.

Aligarh-based filmmaker Suhaib Sherwani said Mumbai was difficult to negotiate, particularly since corporates had taken over the film industry. “The amount of money involved is frightening and discouraging. This is a welcome announcement but a lot will depend upon how it is executed.”

Will things change for the better? The September 22 meeting was attended by Anupam Kher, Vivek Agnihotri, Satish Kaushik and Udit Narayan. In a video, Mr. Narayan sand the popular “Mitwa” song of Lagaan to the CM. “There was little left for imagination as to how this project would proceed,” said an industry veteran.