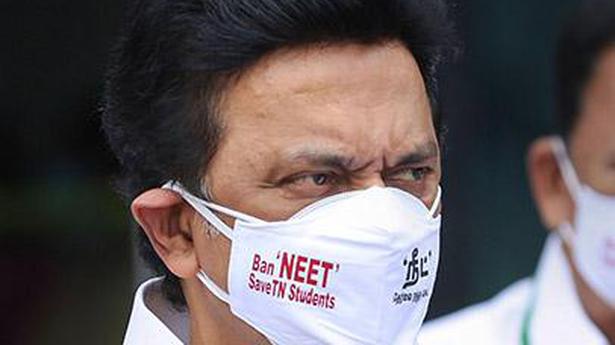 The Centre is conniving with multi-national companies to convert farmers into slaves, he said.

DMK president M.K. Stalin on Monday urged Chief Minister Edappadi K. Palaniswami not to allow field trials of BT brinjal in Tamil Nadu, which is one of the eight States selected by the Centre for the exercise.

“There is a fear among farmers that BT brinjal will pose a danger to traditional farmers and cause severe consequences in the farm sector. It is highly condemnable that the Centre is trying to impose genetically-modified crops on farmers,” he said in a statement.

“The Centre is conniving with multi-national companies to convert farmers into slaves.”

Mr. Stalin said the decision not only exposed the Centre’s insensitiveness to farmers’ welfare but also its arrogant attitude that farmers did not even know about cultivation of brinjal. “The BJP government, which had already released the draft Environment Impact Assessment Notification, 2020, has now introduced dangerous proposals in the farm sector,” he said.

While urging the Centre to withdraw its permission to the field trials, Mr. Stalin said the Tamil Nadu Chief Minister also should not grant permission for the project.

Mr. Stalin said the AIADMK government had announced the minimum support price for paddy procurement after supporting three farm bills in the Parliament. “But the amount is not adequate. The State should announce ₹3,000 per quintal,” he said.