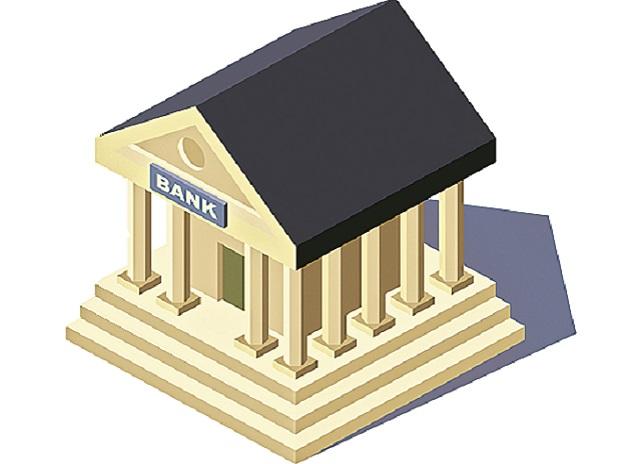 The Congress and DMK were among the Opposition parties that opposed the Banking Regulation (Amendment) Bill in the Lok Sabha on Wednesday, raising concerns that the proposed legislation will infringe upon the rights of states.


The bill, which seeks to bring cooperative banks under the supervision of the Reserve Bank of India (RBI), will replace an ordinance promulgated in June. The bill was later passed by Lok Sabha.

The Congress, DMK, RSP, AIMIM and IUML, among other Opposition parties opposed the bill.


During the debate on the bill before it was passed, Congress member Manish Tewari urged the government to withdraw the bill and said that resorting to the ordinance route to make laws “undermines the majesty of Parliament”.


At a point when the country’s GDP growth rate has been in a freefall for seven quarters preceding the lockdown and when all economic activity during the lockdown had come to a complete standstill, there was absolutely no rationale for promulgating the ordinance, especially when the bill was under consideration in this House, he said.


“In a federal polity, this ordinance and the bill which seeks to replace (it) is a frontal assault on the federal structure of the Constitution and this will have long-term implications on the democratic polity of India,” Tewari said.


He also said the “hair-splitting” which Finance Minister Nirmala Sitharaman has attempted by segregating primary agricultural credit society, long term credit society and district cooperative banks is going to create “utter mayhem” in the agricultural economy, if not anarchy, because of the symbiotic linkages between these bodies.


Further, Tewari said that if there have been instances of malfeasance in district cooperative central banks and urban local cooperative banks, there are also as many success stories. “State governments are more than competent to discharge their functions,” he added.


The amendments would be applicable only on those cooperative societies which are engaged in banking, she added.


Strongly opposing the bill, DMK member Senthil Kumar said it will be seen as an infringement of the states’ rights.


Emphasising that he differed on the argument of the finance minister that many cooperative banks in the country are incurring losses, Kumar said that 128 cooperative banks are running successfully in Tamil Nadu.


According to Kumar, the RBI is already overloaded with many other responsibilities and regulating cooperative banks will further increase its load.


“The incompetence of this government was seen in the lack of interest in recovering the bad loans from the likes of Mallyas and Modis, but to go after agriculturists,” he alleged.


He also noted that the country is undergoing a serious health and economic crisis “created by the government” and it is blaming its shortcomings on the COVID-19 pandemic and saying it is ‘an act of God’.


Trinamool Congress member Saugata Roy said he supported the contention of the DMK member regarding the success of south Indian cooperative banks and “where he said this bill is in infringement of the states’ rights.”

Roy also said the RBI has not been a successful regulator and it failed to take pre-emptive steps in the case of Yes Bank.


Asaduddin Owaisi (AIMIM) opposed the bill and asked why the government had intervened in the Yes Bank crisis but not in PMC (Punjab & Maharashtra Co-operative) Bank crisis.


He said banks have been “suffering” due to the economic policies of the Modi government like demonitisation.


“For God’s sake, I don’t want the finance minister to say that the PMC Bank, (Mehul) Choksi, Nirav Modi, PNB, Franklin Templeton cases were all acts of God. These are not acts of God, they happened because of Modi government’s misgovernance,” he said.


Opposing the bill, RSP leader N K Premachandran said the central government was encroaching upon the powers of state governments in general and the cooperative sector in particular.


Kerala Congress (Mani) member Thomas Chazhikadan also opposed the bill and said it violates the provisions of the constitution as the word “consultation” with the states is “vaguely” mentioned in the bill.


Congress member Saptagiri Sankar Ulaka opposed the bill and said there was no justification in making the RBI regulator for cooperative banks in states.


Referring to the alleged scam at the PMC Bank, he said the irregularities had happened because of the “fraud” committed by the management and not because the RBI did not supervise the bank.


BJP’s Tejasvi Surya said from the perspective of a depositor, a bank is a repository of trust. The moment a financial institution uses the word ‘bank’, the depositors presume that it is supervised and guided by RBI therefore his deposits are safe.


The depositor does not understand nor does he know that multiple legislations cover the field of banking and cooperative banks. “This dual control regime therefore… creates a peculiar practical as well as a constitutional problem,” he said.


Nothing highlights this anomaly better than the recent redressal of Yes Bank, while depositors of PMC Bank as well as Sri Guru Raghavendra Sahakara Bank continue to be in distress, he added.


NCP leader Supriya Sule wondered what have been achieved in the last three months after the promulgation of ordinance in terms of easing the misery of depositors of PMC Bank.


She also wanted the government to explain whether the RBI has a magic wand or a magic pill that its regulation will cure all ill.


YSRCP MP Lavu Sri Krishna Devarayalu too supported the bill but added that “let us not make the RBI as one stop solution for every problem”.


Supporting the bill, BJP’s Sunita Duggal said giving supervisory powers to the RBI, the performance of the cooperative banks could be improved.