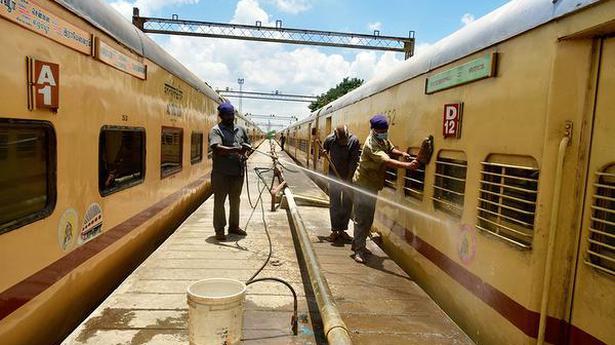 The Indian Railways spent more money than it earned in FY19, according to the CAG’s latest audit report. In the last five years, the Railways has consistently fallen short of the projected earnings. As a result, its dependence on extra-budgetary resources such as funds from the LIC has increased significantly. The financial situation of the Railways may worsen due to the effects of the COVID-19-related lockdown.

In FY19, the Railways spent ₹97.29 to earn ₹100, that is, its operating ratio (OR), represented by the blue line, was 97.29%. The CAG observed that the Railways had “window dressed” this figure by including advances paid to it for freight handling for FY20.

The internal revenue generated by the Railways through ticket sales, freight earnings, etc. consistently fell short of the Budget estimates in the last five fiscals. During that period, the earnings grew at a sedate pace of 3.4%.*

Having consistently failed to meet the expected internal revenue, the Railways’s reliance on extra-budgetary resources (EBS) such as funds from LIC and market borrowings significantly increased in the last five years.