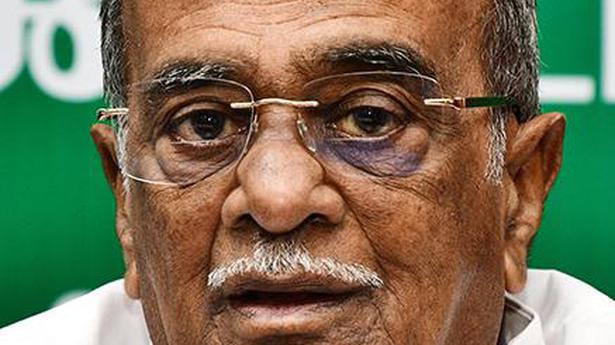 AIADMK Rajya Sabha MP S.R. Balasubramoniyan, who criticised certain provisions of the farmers’ Bills in the Rajya Sabha, on Sunday said his views should not be construed as the party’s opposition to the Bills.

The AIADMK high-command had decided to support the Bills, he told The Hindu, adding that the party had the right to criticise.

“It was necessary to criticise all those aspects. I expect the government to act on the lines that I had spoken [in the Rajya Sabha]. I expect the government to ensure that minimum support price (MSP) is given. We have the right to criticise them. I asked what the necessity was of bringing this Bill at this juncture. Isn’t that true? Let them spell it out. What’s wrong with that?” he asked.

In the Rajya Sabha, Mr. Balasubramoniyan questioned the need for tabling the Bills during the pandemic and contended that the power of the States would be restricted due to the legislation. Later, he told The Hindu that MSP was necessary for farmers without storage facilities, especially in the Cauvery delta region.

Asked about Mr. Balasubramoniyan’s criticism of the Bills a day after Chief Minister Edappadi K. Palaniswami issued a statement in their support, AIADMK spokesperson B. Valarmathi told The Hindu that analysing the pros and cons of any issue during debates, either in the Assembly or during Parliament proceedings, was only routine.

“It is only natural and routine for members to draw attention to the criticism outside and ask the government to look into them. There is no double standard in this,” she said.

To a query on DMK president M.K. Stalin’s statement, Ms. Valarmathi said he was “raising one issue or the other every day only to get publicity in politics without realising the ground reality.”