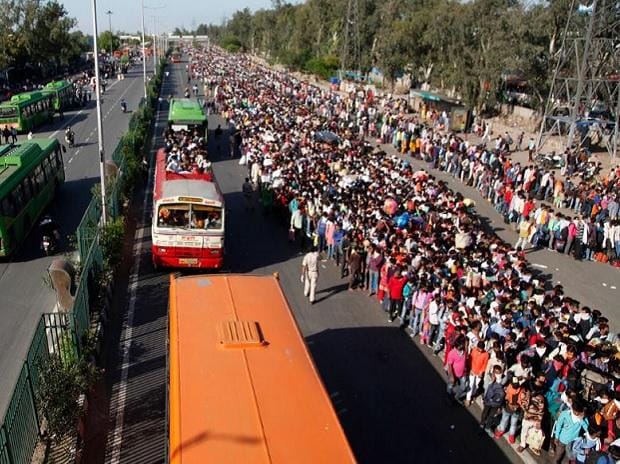 As millions in the country dealt with loss of livelihood and food insecurity during the COVID-19-induced lockdown, marginalised and minority communities fared much worse, a survey representative of nearly 100,000 families in 11 states has found. As livelihoods of dalits, Muslims, Adivasis and Nomadic and Denotified Tribes (DNTs) disappeared, the loss of income caused an increase in the uptake of loans, including from local moneylenders at high rates of interest.


Further, in a majority of these community hamlets, people have not received government relief; most also reported facing discrimination in relief provision, the survey led by Praxis India, a Delhi-based non-profit, found. Children have dropped out of school to support families in remunerative labour in nearly half the 476 hamlets and mohallas (urban areas) where the survey was conducted.

Ostracisation and discrimation against these communities also worsened during the lockdown, representatives of 31 locations (7.25%) said.


The financial crisis and consequent indebtedness might push many into forced and bonded labour, the survey report has concluded.


The data were collected between April and June 2020 by civil society organisations including National Alliance Group of Denotified and Nomadic Tribes and Gethu Group workers’ think tank, led by Praxis. Data such as access to and registration under government schemes and benefits, uptake of loans, jobs and livelihood, and social issues were collected by interviewing one or two representatives from each location. Put together, the 476 locations in 11 states–Bihar, Chhattisgarh, Gujarat, Jharkhand, Madhya Pradesh, Delhi, Odisha, Rajasthan, Tamil Nadu, Uttar Pradesh and West Bengal–were home to 98,000 families. Each of these locations was categorised under one or more of Dalit, Muslim, Adivasi and DNT categories.


Muslims constitute 13.4% of India’s population and are its largest minority community. Dalits comprise 16.6% and are a historically marginalised community.


India has the world’s largest tribal population, which makes up 8.6% of the country’s population, with 705 recognised Scheduled Tribes; Denotified and Nomadic Tribes (DNT) form 10% of the country’s population. These tribes were listed as criminal tribes during British rule under the Criminal Tribes Act of 1871, they were delisted or ‘denotified’ in 1952; despite this, they continue to face stigma, poverty and marginalisation.


IndiaSpend has been reporting on the state of the minorities through the lockdown; these reports can be read here, here, here and here.


The announcement of the lockdown brought with it job loss, reverse migration of informal workers and labourers, and restrictions on movement and mobility. Reliance on the Mahatma Gandhi National Rural Employment Guarantee Scheme (MGNREGS) increased, but people of the four marginalised communities from four in 10 villages got no work under the scheme.


Restrictions on mobility meant extreme difficulties for DNT communities that still pursue a nomadic way of life along with their animals, the report noted. Artistes and performers from the community had no work due to the lack of tourism and travel, and many were forced to take up manual work.


Most members of the Muslim community reported they were self-employed, but the lack of stable livelihood options was found across the minority communities, forcing them to take heavy loans.


Nearly nine in dalit locations reported an increase in loans and indebtedness, this increase was 78% in DNT areas, 64% in Muslim areas and 47% in tribal areas.


Loans, mostly taken from employers, neighbours, relatives and money lenders and at high interest rates, have been a trigger for other social and economic exploitation including trafficking, bonded labour and child labour, said the report.


The Banchada community, a DNT, was found to be surviving only on high interest loans from private money lenders in Neemuch, Madhya Pradesh, the report said, noting a consequent fear of increased trafficking of girls of the community.


The Rs 1.7-lakh-crore financial package announced by the central government in March was a rehash of old schemes and falls short, IndiaSpend had reported in March.


In over 70% of the surveyed locations, registration of migrants who had returned was not even initiated, alienating them from access to government relief measures.


While in 62% dalit areas, 74% Muslim areas and 86% tribal areas everyone received ration supplies as per existing quotas, the coverage of additional ration as a measure of relief–announced by the Centre as part of the Pradhan Mantri Garib Kalyan Yojana on March 26–was limited.


Among the groups, access to government schemes was the lowest among DNTs. The survey found that state prejudice against the DNTs prevailed in most states; this, coupled with the community’s disconnect from the village administration, lack of documentation and awareness, and the stigma of criminality, kept them from accessing these entitlements and services.


No families received scheme benefits in 4% to 34% of the 53 Muslim areas. “Muslims fear approaching any state institution for accessing any schemes or for any kind of redressal for the fear of discrimination,” the report concluded. In the Muslim community, the worst access to schemes was seen in Bihar, where communities engaged in inter-generational sex work were surveyed. These communities are the most vulnerable within the Muslims, who neither have voter identification nor Aadhaar cards and therefore had no access to schemes and entitlements.


Amongst the dalits, the comparatively privileged were able to access benefits, and those with the power to demand–leaving the most vulnerable members excluded. Those unable to access any benefits blamed the lack of information and fear of approaching service providers due to impending discrimination, corruption and bribery.


Remote location and lack of documentation kept the tribals from accessing entitlements–they were able to access state government-run schemes as compared to schemes directly implemented by the Centre, like cash transfers under Jan Dhan, Ujjwala or Kisan Samman Nidhi Yojana.


Muslims lag behind on most human development indicators, and during the lockdown, were further stigmatised as alleged carriers of the novel coronavirus, specifically after the Tablighi Jamaat incident, said the survey report. By the end of March, the number of fake stories debunked by fact-checking organisations increased from 15 in the week beginning March 16 to 33 in the week beginning March 30, with the Tablighi Jamaat event at Nizamuddin Markaz in Delhi being highlighted as a vector of novel coronavirus, IndiaSpend reported in May, based on a study on misinformation in India by scholars from the University of Michigan.


Nearly 6% dalit hamlets reported facing discrimination due to the fear of the novel coronavirus; they could also not access cremation grounds freely because of their caste.


Around 60% of the data collected from DNTs were from the communities involved in sex work or dance bars, occupations that are stigmatised not only by society but also by the administration. “The local power structure holds strong biases” against the DNTs, said the report. Even during the pandemic, the authorities never reached out to them and in some instances their entry was restricted in villages. The report mentioned cases of police raid in the name of sex work, where young girls were been picked up by the police.