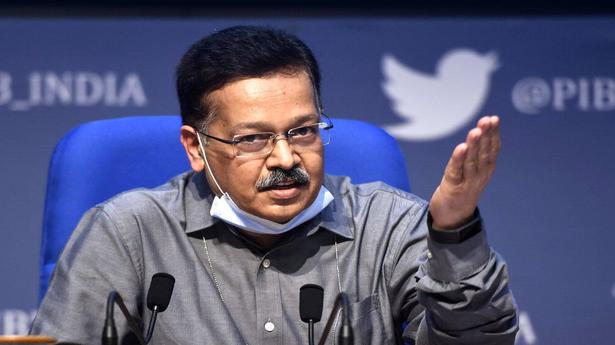 Plan is to digitally track procurement, storage, distribution and administration on real-time basis

The Union Health Ministry said on Tuesday that it was expecting COVID-19 vaccine supplies to be available from early next year.

Addressing a press conference, Union Health Secretary Rajesh Bhushan said: “If all goes well, we are looking at vaccine supplies coming in the first quarter of next year. There is a digital platform that is being enhanced to track on real-time basis the vaccine movement, from procurement, storage to distribution and administration.” He added that discussions were under way on the Russian vaccine, Sputnik V.

Also read: Coronavirus | One in five Indians may be vaccinated by July 2021, says Harsh Vardhan

Meanwhile, an expert panel at the Central Drugs Standard Control Organisation (CDSCO) has asked Dr. Reddy’s Laboratories to submit a revised protocol for conducting both phase-2 and 3 human clinical trials in India for the Russian vaccine, sources said.

The Hyderabad-based pharmaceutical company had applied to the Drugs Controller General of India late last week, seeking permission to conduct phase-3 human clinical trials of the vaccine. The Subject Expert Committee (SEC) on COVID-19 at the CDSCO, which held its meeting on Monday, deliberated on the application and asked the firm to submit a revised protocol stating that it will have to conduct combined phase 2 and 3 clinical trials, sources said.

The firm has been asked to provide some other information as well.

“It means that Dr. Reddy’s laboratories will have to submit a new application. According to the Subject Expert Committee, they have to conduct both phase-2 and 3 clinical trials and cannot directly hold phase-3 trial for the vaccine in India,” a source said.

Dr. Reddy’s has collaborated with the Russian Direct Investment Fund (RDIF) to conduct clinical trials of Sputnik V vaccine as well as for its distribution. Upon regulatory approval in India, RDIF shall supply to drug maker Dr. Reddy’s 100 million doses of the vaccine, the firm had said last month.

Dismissing reports of India having reached and crossed its COVID-19 peak, Mr. Bhushan said that with festival season round the corner, this was no time to lower the guard.

The Ministry said that 48% of COVID-related deaths were being reported from 25 districts in eight States, including Maharashtra, Karnataka, Tamil Nadu and West Bengal, adding that the Ministry was in talks with these States to control the deaths. “The target is to bring down the overall fatality below 1%,” Mr. Bhushan said. He added that 884 case fatalities were reported in the past 24 hours.

The Ministry noted that 75,787 patients got discharged in the last 24 hours whereas the new confirmed cases stood at 61,267.

Secretary (AYUSH) Vaidya Rajesh Katoch, who was present at the press conference, said the Ministry had released National Clinical Management Protocol based on ayurveda and yoga for COVID-19 management. He added that this protocol, which could be followed along with the standard treatment protocol, uses easily available and common herbs and formulations such as Guduchi, Ashwagandha and AYUSH-64, in treating mild and asymptomatic COVID cases.