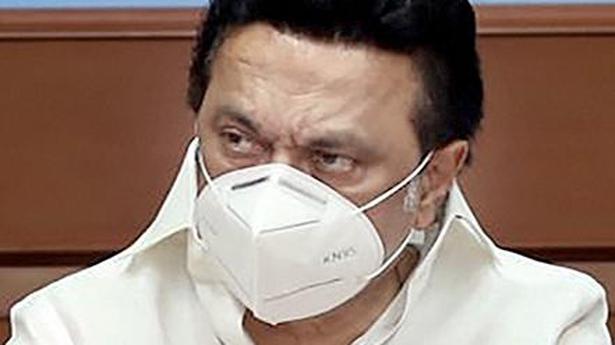 DMK president M.K. Stalin on Saturday urged Chief Minister Edappadi K. Palaniswami to take utmost care to ensure the safety of students of Classes X to XII and teachers who would attend schools (on a voluntary basis) from October 1.

He said the government could not afford to remain indifferent on the ground that the students were in the classes with the consent of their parents.

In a statement, he said after announcing its decision to open schools for the students of Classes X, XI and XII, the statement of the School Education Minister that the Health Minister would decide on allowing teachers above 50 years to attend schools had caused confusion among parents and teachers.

“It gives an impression that the government has not taken seriously the safety of students. The announcement that students would be offered only guidance and they should bring a letter of consent from the parents exposed the government’s motive to pass the buck,” he alleged.

Mr. Stalin said there was a doubt that the School Education Minister was not aware of the government order to reopen the schools.

“His argument that the Health Minister would decide on who among the teachers should be involved and the Chief Minister would finalise the decision on reducing the syllabus was a clear indication of lack of coordination among various departments,” the DMK leader said.

In another statement, Mr. Stalin on Saturday said it was highly condemnable that Chief Minister Edappadi K. Palaniswami had not raised his voice against the Centre, which had used ₹47,272 crore meant for compensating States affected by the implementation of the GST.

“The Chief Minister is maintaining silence even after the CAG, in its report, had pointed out about the use of the compensation cess for other purposes,” he said in the statement.

Mr. Stalin said the State governments had agreed to GST amendments since the Centre made a sovereign guarantee and subsequently adopted it in their Assemblies. “When Tamil Nadu decided to adopt a resolution, I suggested it be sent to a select committee. But the government claimed that it had the guarantee from the Centre. Now, the BJP government has thrown to the winds its promise.”

He said no Central government in the past had committed an act that would fully dilute the federal structure of the country and financial autonomy of the State governments.