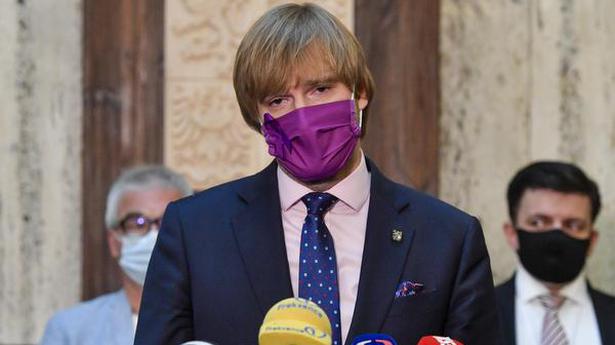 The country coped well with infections in the spring but has been facing a record surge of new confirmed cases over the past week.

The Czech Republic’s health minister has resigned amid a record rise of coronavirus infections.

Adam Vojtech says his move should create space for a new approach to the pandemic.

The country coped well with infections in the spring but has been facing a record surge of new confirmed cases over the past week.

On Thursday, the day-to-day increase of new cases was higher than 3,000.

It is not immediately clear who will replace Mr. Vojtech, who was under pressure from the opposition to resign.

The Czech Republic has reported a total of 49,290 infected and 503 deaths since the pandemic began, according to government figures released on Monday.