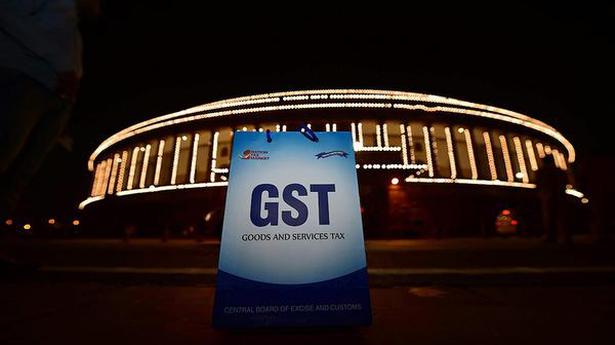 It points to shortfall in transfer to reserve funds from almost ₹2.75 lakh crore collected in 2018-19

The Centre retained in the Consolidated Fund of India (CFI) more than ₹1.1 lakh crore out of the almost ₹2.75 lakh crore collected in 2018-19 through various cesses, instead of transferring the receipts to the specified Reserve Funds that Parliament had approved for such levies, the Comptroller and Auditor General (CAG) of India observed in a report.

Moreover, ₹1,24,399 crore collected as cess on crude oil over the last decade had not been transferred to the designated Reserve Fund — the Oil Industry Development Board — and had been retained in the Centre’s coffers, the CAG reckoned.

The Goods and Services Tax (GST) Compensation Cess, which has become a bone of contention between the States and the Centre, was also ‘short-credited’ to the relevant reserve fund to the extent of ₹40,806 crore in 2018-19.

Separately, the CAG noted that erroneous Integrated GST (IGST) accounting also led to States receiving less funds from the Centre. A sum of ₹15,001 crore collected as IGST was erroneously transferred and accounted as States’ share of net proceeds of IGST instead of being apportioned between Centre and States. A balance of ₹13,944 crore was also left ‘unapportioned’ and retained in the CFI, ‘even though the amended IGST Act now provides for ad-hoc apportionment of IGST,’ the CAG stated “As a result, States received overall less funds on account of IGST,” the audit concluded.

“The Union Government collected ₹2,74,592 crore from 35 cesses and levies in 2018-19. Under the scheme, such cesses and levies are required to be first transferred to designated Reserve Funds and utilised for the specific purposes intended by Parliament. However, only ₹1,64,322 crore was transferred to Reserve Funds/Boards and the rest was retained in the Consolidated Fund,” the CAG noted in an audit report on Union Government accounts tabled in Parliament on Wednesday. In at least one case, no dedicated fund was created for the surcharge levied on taxpayers. For instance, a ‘Social Welfare Surcharge’ on customs duties yielded ₹8,871.19 crore, but no dedicated fund was found for it.

As much as ₹10,157 crore of the Road and Infrastructure Cess collected during the year was neither transferred to the related Reserve Fund nor utilised for the purpose for which the cess was collected. Separately, the CAG said that a journal entry after the close of the year was used to transfer ₹10,250 crore from the Central Road Fund, recording the same as a non-tax receipt in violation of accounting procedures.

Similarly, ₹2,123 crore of Universal Service levy and ₹79 crore collected as National Mineral Trust levy was not transferred to the relevant funds.