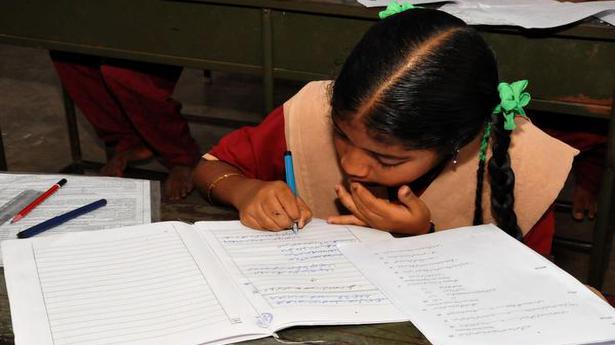 Affidavit filed in Supreme Court on Andhra Pradesh move to mandate English as medium of instruction.

The Union Ministry of Education has informed the Supreme Court that it is fully backing a push for “mother tongue” as medium of instruction in schools. The use of “home language” for learning will bridge the gap between the intelligentsia and the masses, it said.

The Ministry said an order was issued on September 10 to academic authorities, including CBSE, NCERT and NCTE, to initiate the implementation of the National Education Policy (NEP), which was approved by the Union Cabinet in July 2020, to promote “mutlingualism” and use of “home language” as a mode of instruction.

The Centre’s affidavit came in response to the Supreme Court’s inclination to examine whether imposing English on a multitude of school children, whose language of instruction is their mother tongue, will amount to depriving them of an effective education guaranteed to them under Article 21A (fundamental right to education) of the Constitution.

The case in question is an appeal filed by the Andhra Pradesh government against the State High Court decision to strike down its order to make English a compulsory medium of instruction in school.

A group of Telugu scholars and prominent personalities led by former Deputy Speaker of Andhra Pradesh, Mandali Buddha Prasad, represented by advocate Vipin Nair, have opposed the move by the Jagan Reddy government. They said the government move will see Telugu join the pantheon of 197 regional and ethnic languages which have become extinct in the country.

According to the 2011 census, there are 1,369 rationalised ‘mother tongues’ spoken by more than 10,000 people. While there are 22 national languages in the Eighth Schedule of the Constitution, there are only six classical languages recognised in India.

Mr. Prasad said Telugu is one of the classical languages under the Eighth Schedule, spoken by more than 81 million people.

In its affidavit, the government said NEP 2020 focuses on “multilingualism”. It recognises the power of local languages to help young children “learn and grasp non-trivial concepts more quickly”.

The Hindu Explains | What has the National Education Policy 2020 proposed?

“At times in multilingual families, there can be a home language spoken by other family members which may sometimes be different from mother tongue or local language. Medium of instruction until at least Grade 5 but preferably till Grade 8 and beyond, will be the home language/mother tongue/local language/regional language,” the government quoted from NEP 2020.

NEP 2020 urges for high-quality textbooks in the mother tongue and for teachers to adopt a bilingual approach.

The government explained that “home language or mother tongue are languages subsuming the languages of home, larger kinship groups, street and neighbourhood that a child acquires naturally from his or her home and societal environment”.

The government said the drive for the “energetic development” of home language goes back to NEP 1968.

The National Curriculum Framework of 2005 and Section 29 of the Right to Education Act of 2009 required the medium of instruction, as far as practicable, to be in the child’s mother tongue.