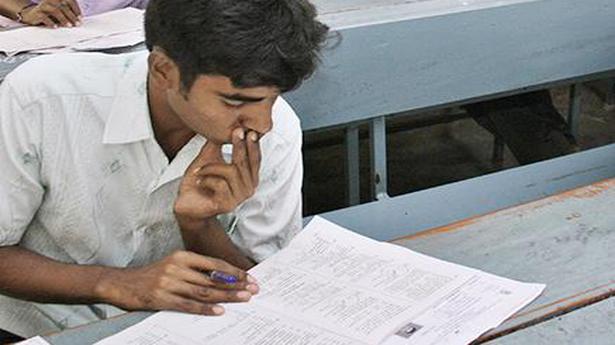 A candidate who appeared for the University Grants Commission (UGC) National Eligibility Test (NET), which was conducted on Thursday, has alleged “Hindi imposition” in the test. Following this, the Kannada Development Authority (KDA) has decided to pursue the matter with the National Testing Agency (NTA), which conducts the test.

Milana, a candidate from Tumakuru who appeared for the Mass Communication and Journalism test on Thursday, tweeted that the question paper was in English and the translation to the questions was only available in Hindi. “It was a imposition of Hindi and there was a need for translation in all regional languages. Some of the questions were full of jargon and I was not able to comprehend them. The only option for translation was in Hindi. Clearly, candidates who know Hindi will have an advantage,” she said.

Milana, who graduated from Bangalore University in 2019, appeared for the test at an exam centre in Tumakuru.

The UGC NET determines the eligibility of candidate for the post of assistant professor and/or for junior research fellowship in universities and colleges across the country.

T.S. Nagabharana, chairman of the KDA, said they would take up the matter with the authorities concerned. “Translation of questions should be available in all regional languages. This is one of the main hurdles for students from South India in national-level competitive exams,” he said.