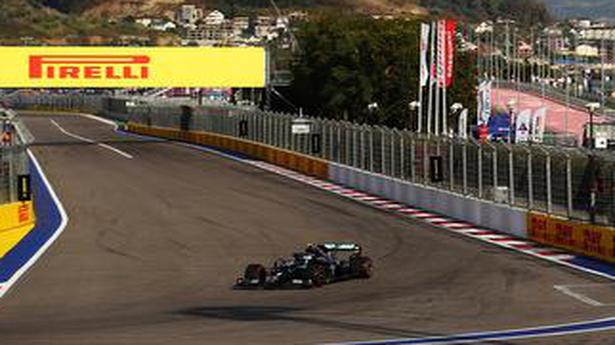 Bottas was quickest in both sessions, with Hamilton ending the day second overall — 0.267 slower — after tyre problems in the morning left him 19th.

It was the sixth race weekend in a row that Bottas, who has so far won only the opening race in Austria in July, had topped the first session timesheets and Mercedes again looked the team to beat.

Australian Daniel Ricciardo signalled the emerging threat from Renault by posting the second fastest time in the morning and third in the afternoon when McLaren’s Carlos Sainz and Lando Norris were fourth and fifth.

Sainz had hit the barriers in an interrupted first session, damaging his car’s rear wing.

The Russian GP will be the first race of a COVID-hit season with a significant number of fans present and organisers, who had aimed for a 30,000-strong crowd, said all tickets were sold out.

Mercedes has won every race at the Sochi circuit since the first in 2014, with six-time World champion Hamilton triumphant on four occasions.

Red Bull’s Max Verstappen was third fastest in the morning, when Canadian Nicholas Latifi crashed and brought out red flags, but dropped to seventh after lunch.

Mexican Sergio Perez was fourth and sixth fastest in the sessions for Racing Point.