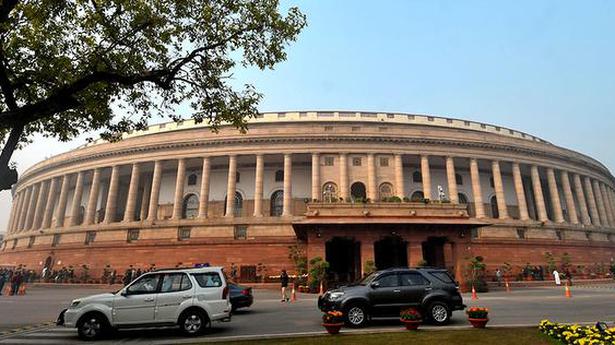 Two bills to set up the National Forensic Sciences University and the Rashtriya Raksha University were passed in Rajya Sabha on Tuesday by voice vote.

Both the bills have already been cleared by Lok Sabha.

The proposed university would facilitate and promote studies and research, and help achieve excellence in the field of forensic science in conjunction with applied behavioural science studies, law, criminology and other allied areas.

Replying to a short discussion, Minister of State for Home G. Kishan Reddy, who moved both the bills in the Upper House, said a proper forensic investigation plays an important role in a police investigation.

Around 1.5 lakh cases were pending in the country due to lack of forensic professionals, he noted.

Mr. Reddy also pointed out that there are over 1.14 lakh posts of forensic experts and the coming up of the university would help in filling such posts.

The debate on each of the two bills remained short as several opposition parties boycotted the House proceedings to protest the suspension of eight members.