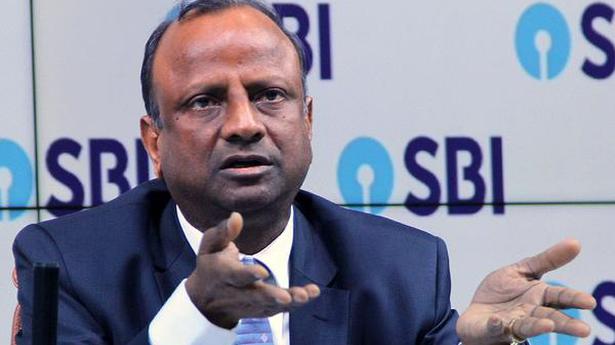 Asserting that there is a muted demand for loans, SBI Chairman Rajnish Kumar on Monday said banks are not risk averse but being prudent in these trying times to avoid a repeat of the post-2008 scenario when there was ‘dilution’ in credit underwriting standards.

Data clearly shows that investment in the economy has come down, the head of the country’s biggest lender said. “If the capex [capital expenditure] is not happening and investment in the economy is not happening at the same pace, then obviously this is a demand issue and the risk aversion would be where there is a demand and banks are not lending,” he said at a virtual event organised by AIMA. Non-food bank credit grew 6.7% year-on-year in July as against growth of 11.4% in the same month of 2019, as per latest data from the Reserve Bank of India. Bank credit in July stood at ₹91.48 lakh crore.

For banks, to give debt requires equity from promoters, Mr. Kumar said, adding that the number of people or business houses with the capacity to invest had shrunk.

In such circumstances, there was a need to create more businesses and entrepreneurs who have the capability to invest in operations and borrow, he noted.

“If people are benchmarking that what happened after 2008 where there was a lot of money supplied by the banks and there was dilution of the credit underwriting standards and then banking system and the country paid a heavy price.

“Banks, in my view, they are being prudent,” he said.

Asked if further rate cuts would spur growth, Mr. Kumar said whatever reduction had happened had not been able to push investment.

Inflation, the SBI chief said, was supply side driven.

“Right now, the demand is muted, discretionary spend is muted, so we have to do everything to keep our supply chains in order and put them up and running. Inflation will come under control,” Mr. Kumar added.