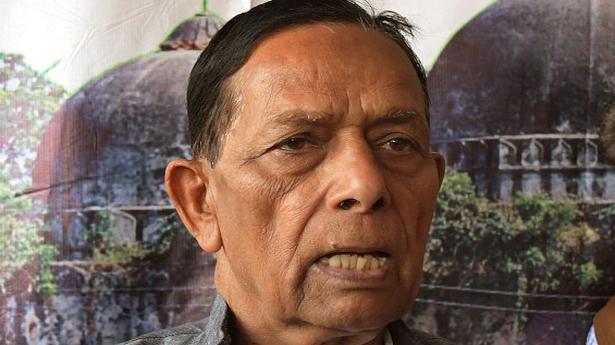 “If they (accused) get punished, I will have solace that justice is still alive in India. Nothing else,” Mr. Mehboob said.

“If they (accused) get punished, I will have solace that justice is still alive in India. Nothing else,” Mr. Mehboob told The Hindu.

Almost 28 years after a mob of “karsevaks” demolished the Mughal-era mosque in Ayodhya on December 6, 1992, a CBI court would pronounce judgement in the case in which several top BJP and VHP leaders are accused of criminal conspiracy and other charges.

The Special CBI court in 2017 framed charges under criminal conspiracy against senior BJP leader L.K. Advani and several other accused — most of them linked to the Sangh Parivar.

The move came after the Supreme Court had used its extraordinary constitutional powers under Article 142 to restore the criminal conspiracy charges framed against Mr. Advani and others, overruling the Allahabad High Court judgment dropping the charges. The Allahabad HC had in 2010 upheld a special CBI court’s decision to drop conspiracy charges against Mr. Advani and others in 2001.

Among the accused are Mr. Advani, the then Chief minister of Uttar Pradesh Kalyan Singh, and former Cabinet Ministers Murli Manohar Joshi and Uma Bharti. While recording her statement in July, Ms. Bharti had stated that she “would always be proud” that she participated in the Ram Janmabhoomi campaign even as she hailed the Indian law as good as the Vedas, the court as a temple and the judge sitting in it as “Bhagwan ka roop” (form of God). Mr. Advani and Mr. Joshi had also denied the charges against them while testifying. Mr. Kalyan Singh also pleaded innocence and accused the then Congress government at the Centre of implicating him on baseless allegations due to political vendetta.

Mr. Mehboob feels there is enough evidence to convict the accused in the case. “The way the case has been going, and the witnesses present, I hope that the case will go in our favour,” he said.

A positive judgment in the demolition case would serve as a “balm” to Indian Muslims after the Supreme Court in 2019 allowed the construction of a Ram Temple at the site where the Babri Masjid stood till 1992, he added.