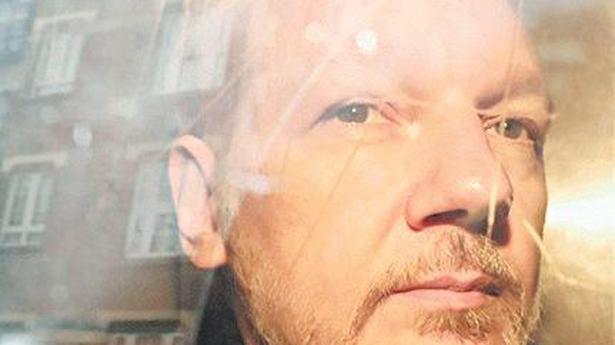 WikiLeaks founder Julian Assange complained of hearing imaginary voices and music while detained in a high-security British prison, a psychiatrist who has interviewed him told his extradition hearing on Tuesday.

Michael Kopelman, who has interviewed Mr. Assange around 20 times, said the former hacker would be a “very high” suicide risk if he were extradited to the U.S. for leaking military secrets.

He cited as evidence Mr. Assange’s “severe depression” and “psychotic symptoms”, which included auditory hallucinations while in solitary confinement in his cell at the high-security Belmarsh Prison in London.

Mr. Kopelman told the Old Bailey court that Mr. Assange said he hallucinated music and voices saying “you are dust, you are dead, we are coming to get you”.

Mr. Assange’s suicidal impulses “arise out of clinical factors… but it is the imminence of extradition that will trigger the attempt”, he added, warning that “he will deteriorate substantially” if extradited.

Mr. Assange’s partner, Stella Moris, has previously said she feared he would take his own life.