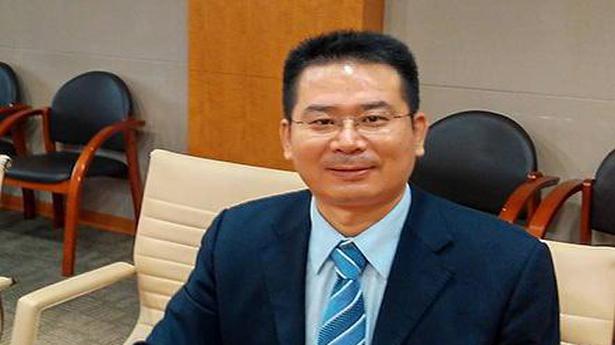 We have to determine our stance as Delhi and Washington have formed a de facto military alliance, he says.

A prominent Chinese strategic affairs expert who recently carried out a “survey” along the India-China border has warned of the prospect of worsening relations with India and called for “a reset of China’s India strategy” to deal with a fundamentally changed relationship.

The comments made by Liu Zongyi, a scholar at the Shanghai Institute of International Studies (SIIS) and fellow at the Renmin University in Beijing, in an interview with a Chinese website, have been widely circulated in China this past week, adding to a growing chorus of voices in China’s strategic community that have seen this summer’s border tensions as marking a turning point in the relationship and heralding a period of increased confrontation.

Some of those voices have explained China’s actions along the border since May, when Beijing deployed a large number of troops and sought to unilaterally redraw the Line of Actual Control (LAC) in several areas, as a response to India which was, in their view, “emboldened” by its growing closeness with the United States and drifting towards a “de facto alliance” that, they suggest, had reduced Beijing’s incentives to preserve ties.

“There are many practical ways to deal with this situation; however, the key lies in the fact that we have to determine our stance. Presently, India and the United States have formed a de facto military alliance. Under the current situation, we must re-assess our understanding of the U.S.-India alliance and reset our India strategy,” Mr. Liu said in the interview to Guancha or “Observer”, a popular news portal.

Hemant Adlakha, Professor of Chinese at the Jawaharlal Nehru University and an expert on the Chinese media who translated the September 21 interview, said “this was the first time a Chinese commentary admits openly that China decided to act ‘tough’ and details its long-term strategic ambitions vis-à-vis India”.

The interview, he said, was significant in terms of its signalling to the Chinese public about the future direction of relations, as it was published in an “influential and mainstream media outlet highly popular with intellectuals and professionals” unlike outlets like the Global Times that are intended for an international audience. That Mr. Liu had recently visited the border areas for the “survey” suggested it was possibly sanctioned by the authorities, he said.

In the interview, Mr. Liu, who often appears in the Chinese media as an expert on India, repeated the Chinese government’s claims that the border tensions this summer were triggered by India — claims that the Indian government has strongly rebutted, pointing to China’s unprecedented mobilisation of forces and transgressions along the LAC since May, in violation of multiple border agreements.

He said India had occupied “commanding heights” at various points along the LAC and upgraded infrastructure at an accelerated pace since 2014, suggesting China’s moves this summer were aimed as a counter. He said he had visited Yadong in Tibet, in the Sikkim sector of the border, but did not go near Pangong Lake in Ladakh.

“India has continuously encroached on our territory and occupied the commanding heights. As a result, at several strategic points, many commanding height positions all along the Sino-Indian border are under Indian control,” he said. “This summer, when China took tough countermeasures in the Pangong Lake and in the Galwan Valley, India accused us of aggression. India has been acting in this manner for decades, and the West has always turned a blind eye. And now when China decided to act a bit tough, all are blaming us.”

He said India had drawn a lesson from the Doklam stand-off in 2017 that China “would not dare to return fire and settle for a peaceful solution”. “The method it adopted has been to continuously implement a ‘forward policy’ or ‘offensive defensive” policy on the border and then put pressure on China,” he said, “with the hope that China will cave in.”

His message to the Chinese public was that relations were, even before the May tensions, on a downward trajectory as seen in India’s moves in April to tighten curbs on investment from China. And following the flare-up on the border, he argued, that is all the more clear.

“We may still continue to pursue the line of thinking that the main pressure we are facing is from the United States and not India,” he said. “But the fact is, India and the United States today have become a single entity. In some respects, it is India which is leading the U.S., and is becoming a leading anti-China force.”