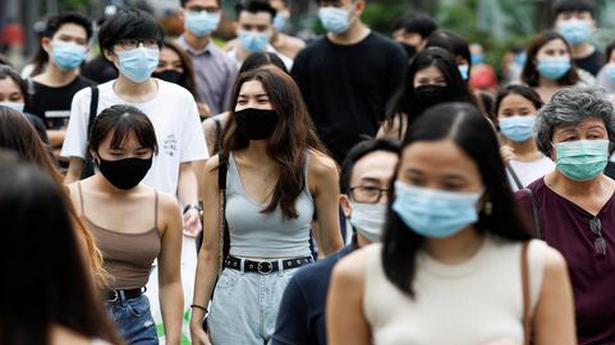 It was largely due to COVID-19 related challenges, says an annual population report

Singapore’s population has shrunk for the first time since 2003 as travel curbs and job losses brought about by the coronavirus pandemic have pushed foreign workers from the global business hub.

The overall population dropped by about 18,000 people, or 0.3%, to 5.69 million, according to an annual population report.

A sharp drop in foreigners, down 2% to 1.64 million, as well as a marginal fall in permanent residents, outweighed a modest rise in citizens, some of whom returned from overseas as the pandemic spread globally.

“These trends were largely due to COVID-19 related challenges, brought about by weak demand and travel restrictions,” the report said, citing job losses in services, a sector heavily reliant on low-paid foreign labour.

As the economy faces the deepest recession in its history — an economic decline officially estimated between 5%-7% for the year — the government has been raising barriers for foreign hiring to preserve jobs for locals.

But authorities in the low-tax corporate hub, home to the Asian headquarters of many multinational companies, have also warned that a populist turn could hurt business.

“We must be careful not to give the wrong impression that we are now closing up and no longer welcoming foreigners,” Prime Minister Lee Hsien Loong said in a speech earlier this month, after an election in which opposition parties criticised the government’s immigration policies as too slack.

Singapore’s non-resident population has more than doubled over the last 20 years, powering population growth in a city-state with one of the world’s lowest birth rates.

This has prompted recurring concerns about competition for jobs and the strains on public infrastructure, which again came to the fore on the July 10 ballot, in which the ruling People’s Action Party ceded a record number of seats to the opposition.

“As activities ramp up there may be a manpower shortage again down the road,” said Selena Ling, head of treasury research and strategy at OCBC Bank.