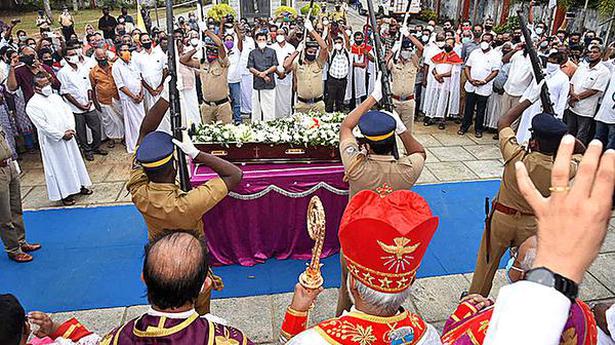 The body of Archbishop Mar Joseph Chennoth, 77, Vatican’s Apostolic Nuncio to Japan, who died earlier this month was laid to rest with State honours at St. Thomas Church, Kokkamangalam, near Cherthala, on Tuesday.

His body, which was brought to Kochi the other day, was kept at the chapel of the Lisie Hospital, Ernakulam, and St. Mary’s Basilica for the public to pay homage in the morning. Later, the body was taken to his ancestral house at Kokkamangalam and then to the church.

The police gave the funeral guard of honour. He became Apostolic Nuncio to Japan in 2011.