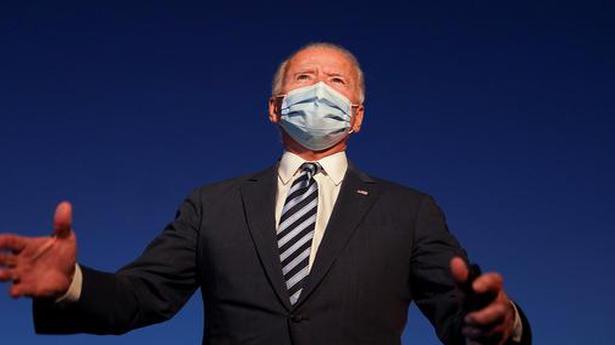 There’s something bigger going on in this nation than broken politics, something darker, says the Democratic presidential nominee.

Standing in front of a field in Gettysburg, Pennsylvania, where a significant battle in the American Civil War was fought, Democratic presidential nominee Joe Biden spoke of a country divided and the need to come together. The former Vice President said America had become a “dangerous place” with something “darker” and more “dangerous” than just broken politics.

“There’s no more fitting place than here today in Gettysburg, to talk about the cost of division. About how much it has cost America in the past, about how much it is costing us now, and about why I believe in this moment, we must come together as a nation,” he said in a speech of a little over 20 minutes.

“There’s something bigger going on in this nation than just our broken politics. Something darker, something more dangerous… Too many Americans seek not to overcome our divisions, but to deepen them,” he said.

Mr. Biden repeated a campaign theme: that while he is running as a “proud Democrat”, he would work for those who vote for him and those who do not. Mr. Biden, who first joined the U.S. Senate in 1973, has campaigned on his ability to work across aisle and committed to doing the same as President.

Mr. Biden has had to balance the expectations of his constituents on the left — such as progressives who did not see their candidate Bernie Sanders make it past the primaries — in addition to catering to his own moderate support base, while also appealing to Republicans disenchanted with the Trump administration.

“I do not believe we have to choose between law and order, and racial justice in America. We can have both,” Mr. Biden said on Tuesday. The death of George Floyd, an unarmed black man, at the hands of police officers sparked protests this summer that have spread across the country. While most of the protests have been peaceful, some have turned violent. Mr. Trump and Republicans have accused Mr. Biden of being soft on law and order — using violence against law enforcement officials to bolster their case.

Talking about white supremacists, Mr. Biden said that in a Biden administration, hate would be given “no license” and “no oxygen”.

“I think about what it takes for a black person to love America. That is a deep love for this country. That has for far too long, never been recognised,” Mr. Biden said.

Mr. Biden said wearing a mask and social distancing were not political statements but scientific recommendations. His opponent Mr. Trump’s scepticism for masks and social distancing have been widely criticised. Mr. Trump and many of those who recently attended non-socially distant gatherings at the White House had tested positive for the coronavirus.

Later on Tuesday, after Mr. Trump had tweeted that he was looking forward to the second debate with Mr. Biden scheduled for October 15, Mr. Biden said the debate should not go ahead if the President is still infected.

“I think if he still has COVID, we shouldn’t have a debate,” he said, adding that his decision would be guided by medical advise.