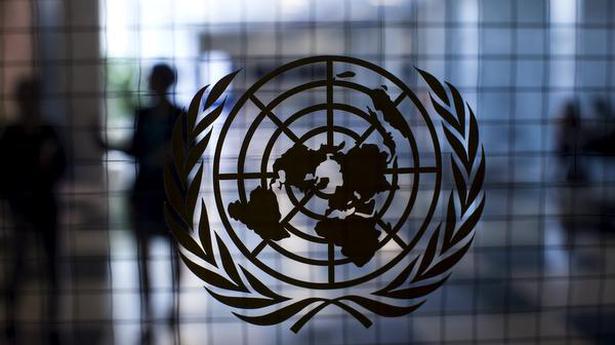 Exercising its right of reply, India countered on Monday, references that Pakistan had made to Jammu and Kashmir during remarks delivered via video by Pakistan Foreign Minister Shah Mahmood Qureshi at the U.N.’s 75th Anniversary Commemoration.

“Our delegation had hoped that during this solemn commemoration of a shared global milestone, the General Assembly would be spared another repetition of the baseless falsehoods that have now become a trademark of Pakistan’s interventions on such platforms,” First Secretary at India’s Permanent Mission to the U.N. Vidisha Maitra said.

India had, via Ms. Maitra, responded to Pakistan Prime Minister Imran Khan’s general debate remarks last September as well. On Monday, Mr. Qureshi had said that the Jammu & Kashmir and Palestine disputes were the U.N.’s “most glaring and longstanding” disputes. The Minister said the people of Jammu and Kashmir were waiting for the U.N. to “grant them their right to self-determination”.

Pakistan, working at times in concert with permanent U.N. Security Council (UNSC) member China has repeatedly tried formally raising the government’s August 2019 legislative changes to Jammu and Kashmir at the U.N. There was an informal closed door Security Council consultation at China’s behest in August last year. In August this year, Pakistan falsely said that its U.N. representative had made a statement at the UNSC, when in fact, Pakistan, as a non-member of the UNSC, was not part of the body’s meetings.

“We reject the malicious reference made to the Union Territory of Jammu and Kashmir, which is an integral part of India. If there is an item that is unfinished on the agenda of the U.N., it is that of tackling the scourge of terrorism,” Ms. Maitra said on Monday in her reply to Mr Qureshi.

“Pakistan is a country which is a globally recognised epicentre of terrorism, which by its own admission harbours and trains terrorists and hails them as martyrs, and consistently persecutes its ethnic and religious minorities,” Ms. Maitra said, suggesting the country turn its attention inward to address these issues.