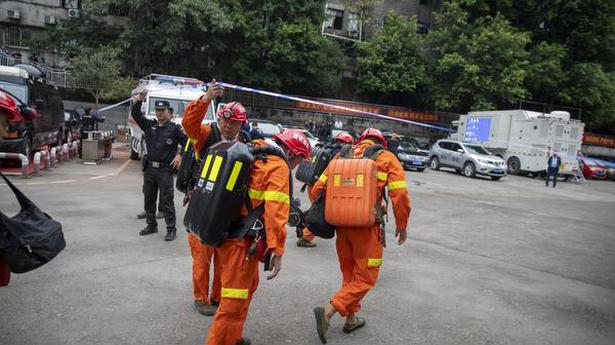 Sixteen people trapped in a coal mine in southwest China’s Chongqing Municipality on Sunday were killed due to the presence of excessive levels of carbon monoxide, official media reported.

The incident happened when the burning belts in the mine caused the carbon monoxide to exceed safety limit, trapping 17 people inside, state-run Xinhua news agency reported.

A 75-member rescue team has entered the mine and 30 medical workers have rushed to the scene, it said.

One person who survived the accident was rushed to the hospital, CGTN TV reported.

The excessive levels of carbon monoxide were detected in the mine at around 12:30 am.

The accident occurred at the Songzao coal mine in Qijiang district. It belongs to a local energy company, according to the district government.